Location: University of the Bahamas

Monday, May 7th, 2018 marked a major milestone for the University of the Bahamas, (UB) Northern Campus, with the official opening of their first on campus residence, Hawksbill Hall.  In her remarks, Ms. Sarah St. George, Acting Chairman of The Grand Bahama Port Authority (GBPA), described how the UB Northern Campus was a dream of her father’s and the late Sir Jack Hayward- with their donation of 50-200 acres for the campus, and how “dormitories became a must”, so that in 2015 she and the late Sir Jack together committed $3M towards the total $4.5M cost of the residential Hall, in partnership with the Government.

Now, UB Students from West End and East End can eliminate their long commute by living-in. And ‘Northern Bahamas Campus’ means this facility isn’t just for Grand Bahama, it’s for all the islands of the Northern Bahamas and even Nassau too. So we can look forward to a new Vibrancy! 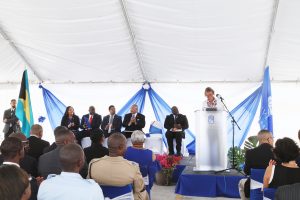 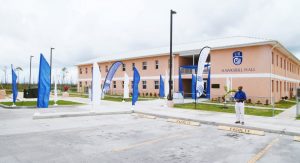 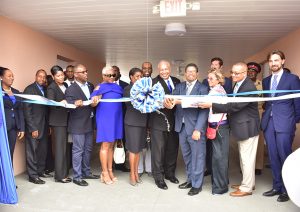